Halloween cinnamon crusted pretzels are my bake of choice for the 31st October – Halloween. I try to bake something new each year and after the success of this summer’s pop-up bake club cinnamon pretzels, a variation on this theme has come to Halloween. 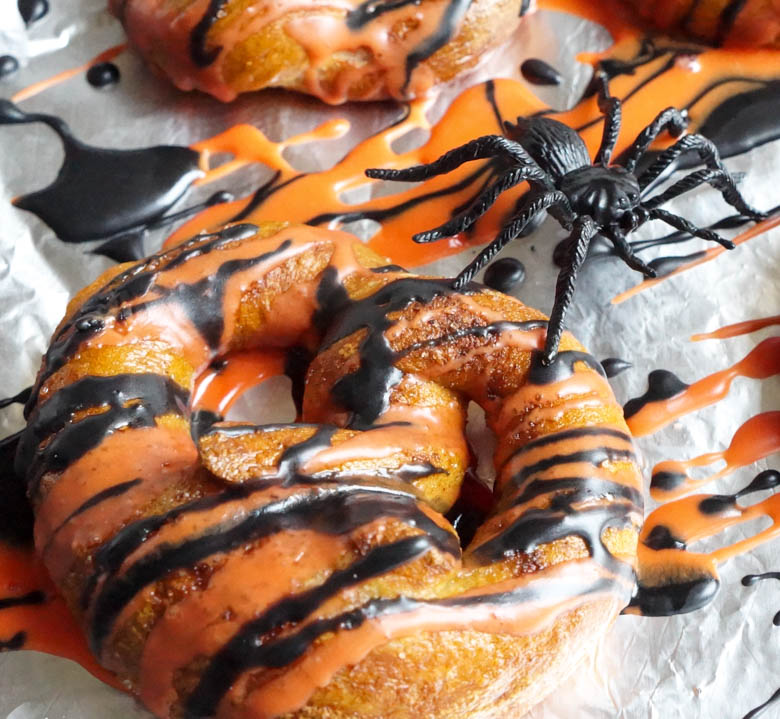 Pretzels have always been a firm favourite in our house and I have tried so many recipes over the years. But these pretzels are definitely streets ahead of most and that is down to two things.

One – I never usually boil the pretzels. Partly because when teaching, it would be too dangerous and partly because I didn’t have the time to incorporate this extra step of the process.

Two – the boiling mixture which contains a generous amount of bicarbonate of soda/baking soda.

The recipe which I based these pretzels on is by Sally’s Baking Addiction and I am convinced that it’s her baking soda water that got my pretzels to form the best crust – perfect crisp exterior with a chewy bake-like crumb which soaks up the buttery cinnamon sugar crystals as well as the sticky icing.

If you are a keen Halloween baker, then I have a few more of my Halloween bakes to share with you but I would definitely recommend you try these pretzels first. 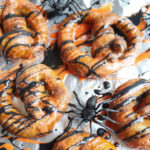 A Halloween recipe perfect to give to trick or treaters

For the cinnamon sugar topping:)

For the orange icing:)

This birthday cake was so tall it needed a bigger

A couple of new desserts on this month’s At Home

Short ribs for one of tomorrow’s orders #athomed

Lots of orders going out today including this dish

Boxing up a dozen peanut pretzel cookies to go wit

Back to “normal” with all my regular customers

This is one of the tastiest pork dishes you could

The first cake of 2021 and it’s my most popular